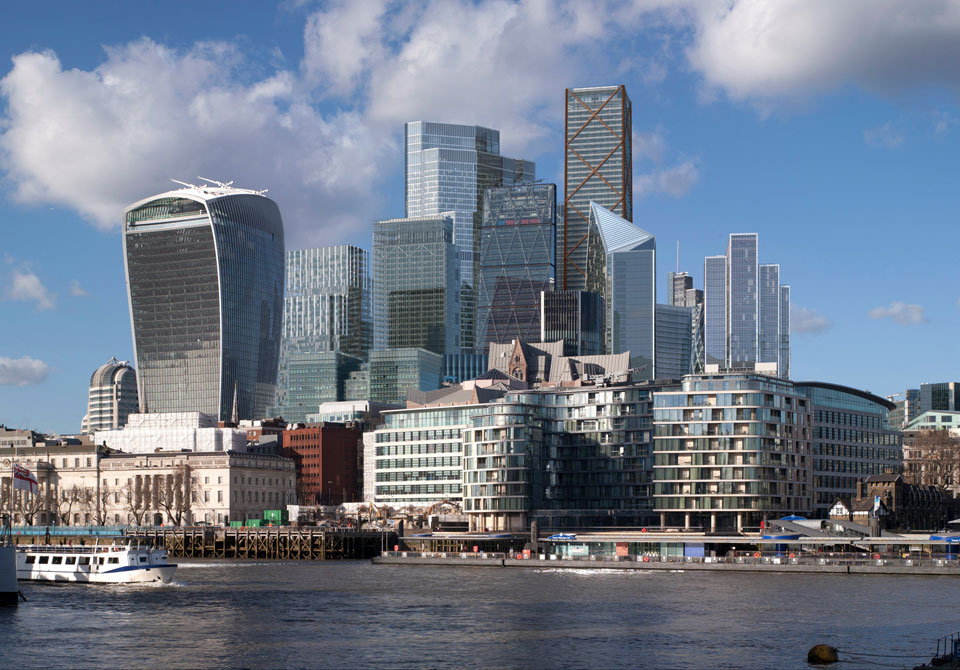 Posted at h in Environment by

‘Never Waste a Good Crisis’ was a phrase that appeared in 2009 some 11 years ago in a report commissioned by Constructing Excellence. The report, authored by Andrew Wolstenholme, focused on the British construction industry’s performance against the established objectives to bring the industry, the built environment and cities into the 21st C by aligning with emerging global trends to support the development of a low carbon economy.

The assessment, drawn up in the report was pessimistic, noting a failure to meet targets in almost all areas bar profitability. The report outlined several problems prevalent in the industry and measures that might be taken to resolve them, calling on the industry to use the temporary downturn as an opportunity to change, with the goal of increasing its performance. The report concluded that it was time for the industry to rebuild itself as a sustainable, low carbon industry 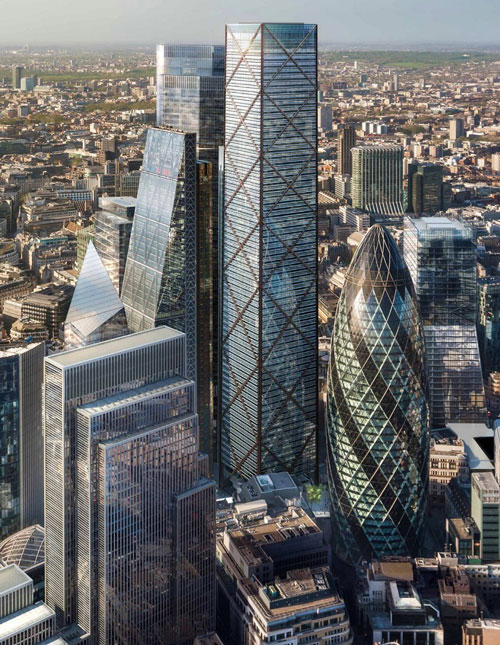 The industry, at that time, was seemingly using short sighted “tick box” approach and “whac-a-mole” reactive planning and problem solving leading inevitably to a lack of “joined-up thinking”. Improvement might be made in developing a longer-term strategy for innovation and improvement specifically related to climate change and a response to environmental sustainability.

Broadly the industry received an “F” in the delivery of projects on time and on budget (50%), the industry, at that time, was said to be paying “lip service” to much needed improvement targets and R&D and innovation was stagnant.

The industry was fragmentary and often confrontational and neither collaborative or sharing in approaching a common goal. The traditional separation “Silo-ing” of construction managers along professional and disciplinary boundaries led to compartmentalisation. Added to this a failure to attract ethnic minorities and women; to embrace diversity. To elaborate, to support and mentor rather than discourage new entrants to the industry.

The report decried the trend, at that time, where clients were too focused on short-term economic issues rather than considering the built environment as a long term asset; missing the bigger picture of the value of the asset as a social benefactor to city life and the benefits of health and prestige.

The report promoted greater focus on collaboration and partnership, with some reporting of (lesser) benefits in quality control, whole life costing and safety. There was some improvement reported in safety and productivity, based on EU directives, but only the profitability target was wholly achieved.

The year 2009 was also a watershed moment for the global climate change agenda, with the consideration of an urgent reprioritising of lifestyle choices to avoid dangerous climate impacts. The 2009 Copenhagen climate change conference /COP 15, being agreed informally as a roadmap, establishing the need for firm targets going forwards.

30 major industrial countries jointly determined a series of global environmental targets,  agreeing that in order to mitigate the ongoing negative impact of industry on the global climate system, the world needed to recognise “the scientific view that the increase in global temperature should be well below 2 degrees Celsius”, within a context of sustainable development to combat climate change.

These targets later formed the basis of the landmark Paris Accord/ Paris Agreement/ COP 21, in which the world agreed to a set of legally binding climate change objectives as part of the United Nations Framework Convention on Climate Change in 2016.

The 2009 Copenhagen climate change conference clearly stated the need for innovation and changes in attitude in all industries; noting the construction industry being some 35-40% of C02 emissions and some 20% or more of all landfill waste. Industry was intended to lead the way in establishing education and research into new materials and methods that were less impactful.

Fast forward to 2020, the world of the mountebank.

We are again in a global recession, and there is again time to reassess the industry goals. To date the industry has not yet taken advantage of the opportunity to innovate, not adopted significantly new methods or new materials that are available and hold promise, while a new fresh open dialogue has not proceeded developing new thinking, the discourse remains similar and diversity and adoption of “the new” has not yet been promoted in an impactful way. This is made evident by the skyline.

Let us suspend disbelief and go back to 2009 and suggest what might have been the road taken.

Our cities are the product of the 18th C enlightenment, a movement that followed Thales the Phoenician in observing the world as it is and drawing practical and reproducible outcomes and solutions that made our lives better. The movements greatest urban centers were once London and Paris.

The 2009 Copenhagen climate change conference /COP 15 Copenhagen Accord was a prescient global agreement that set forth the key social changes required by principally urban settlements in saving the natural environment, our air, and our food supply from degradation, and natural systems from collapse from mass extinction of species.

In 2020 there has been a sea change in thinking, one might say spawn by the rise of the Millennial population, a rising market trend with the expectation is for healthier working and living and new visions of urban form that benefit from ‘green thinking’ and the use of natural materials, providing a sense of openness whilst taking advantage of walkways, parks, green spaces and riversides all of which aids a less stressful way of living in urban environments.

Cities are the apogee of civilisation. Cities of all scales are most often found along nature’s pre-existing natural waterways, allowing for trade to flourish and where now more than half the world’s populations live. London is no exception.

The demand for residential urban housing remains high while the evident need for office space is some 45% less, as working from home becomes the healthy option. Indeed new studies suggest staying at home one day achieves a 13% increase in productivity; with the benefit of avoiding transport, group contact, and group think.

Office towers with central cores force people together into a box which is now untenable. A new solution would be to add these externally, in keeping with a new design sensibility “en plein air”.  As the need for density, to manage doubling of urban population in 15 years, the form of urban towers remains a viable concept to safeguard the green belt buffers which are part of our essential air filtering system. Though the design of these require reverse engineering to establish new priorities.

In response to rapid social change, high-rise towers must adapt and be created by thinking of decentralized rather than centralized plan forms, and a variety of smaller components that serve a different function. The materials used must sequester rather than create CO2.

Our cities and transport must also adapt, and greater engagement must be made evident. It is possible decentralization will help create varying centers of excellence, whereby distances between home and work are reasonable; a bike will move the market. As an example, Chiswick Park in West London may be prescient.

While our city centres, like London, with its developments of the last 11 years should now be re-envisioned and in our imaginations “dialled back“ to investigate the benefits of doing things in an alternative way. Thinking differently.

The Enlightenment began in the cities of Paris and London. They spawn insights based on science and rational investigation, on unbiased investigation.

The knowledge gained established a response that identified a problem and created solutions.

While Paris today is committed to an enlightened response to climate concerns, with the adoption of 50 % timber a renewable CO2 sequestering resources from managed forest they are choosing to innovate while London has adopted a contrarian approach, one that appears to double down and shun the further investigation of innovation unwittingly promoting an acceleration of those negative effects .

The enlightenment believed in enlightened self-interest, which would guide mercantile exchange and urban plans,  they understood shared social responsibility, but with some regret one can see a future not contained by an ethical social balance, equity and fairness – those wise restraints that set us free. Fraternity, Equality and Liberty was a form of social contract which empowered citizens to move their representatives towards greater prosperity, free thinking and innovation and participation.

If one does an order of magnitude audit of both several recent projects over these 11 years in London and include those who have received planning one finds that if another material better suited to sequestering CO2, rather than creating CO2 and heavy energy use in production, one might be able to save the equivalent of 150,000 individual average human lifetimes of CO2 footprint.

Another way to understand this is that the UK footprint of every employee within the Square Mile would be zero if the material used and technology brought to bear were coordinated in a “joined up approach’ targeting CO2 reduction with the goal of creating a healthier urban experience, in which entering the city would make you healthier, feel less stressed and promote a longer life.

This is a necessary goal of designers and planners moving forwards but requires a step change in perception; understanding that its people, in all their diversity, are the true assets of a city. 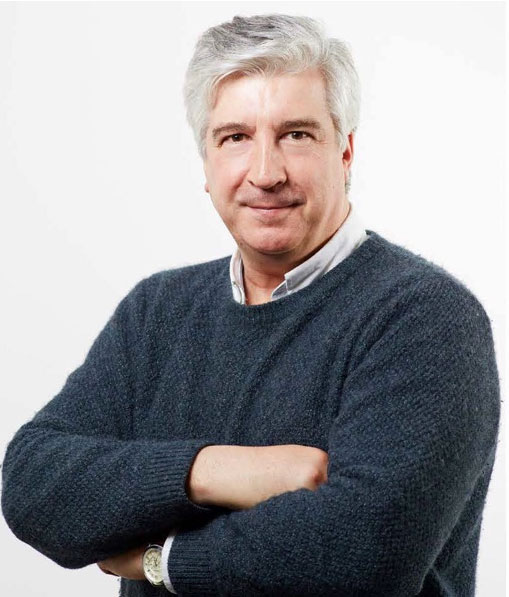 Kevin P Flanagan is an author involved in issues related to design and urban form. His recent talk “Vision for a More Liveable Greener City“ at the Council for Tall Buildings and Human Habitat , CTBUH 2019 International Conference